Skip to content
I am an MTB rider, I have been riding bikes since I was a kid… I love downhill, all-mountain, adrenaline and challenges, I need them in my life.

A friend once told me about a trail called “Trilha do macaco” (portuguese for “Monkey’s trail”) and I was so attracted to it, I really don’t know why… I decided to go and give it a try. There I was, alone, with a rigid MTB from a brazilian brand called Caloi. No helmet, no protection, no idea about what a downhill track was. I didn’t know a thing about MTB. Something inside me wanted to taste it, to discover this new world. It was an unforgettable moment for me. I think I was as slow as a turtle, but I felt so brave, so good, so in control of my life… On the way, some guys passed me, one of them screamed to me: “Hey girl, this is not a place for you, go home!”. I pretended he was not talking to me.

On that day, I learned the mountain was my sacred place. It was me, my bike and the nature. I felt completed. My passion was born. My little adventure was just the beginning of a life full of adventures. I had no idea I would be building downhill and freeride tracks, jumping more than 12m gaps, travelling around the world to ride my MTB, racing and collecting more adventures…

I am also a Yoga teacher (have been practising since 2002), a computer engineer, a mother and a wife. I make music, sing, and write stuff. I need to be in movement. I was born  in Brazil, lived in Sweden, Japan, and currently, here I am, living and in love with France. 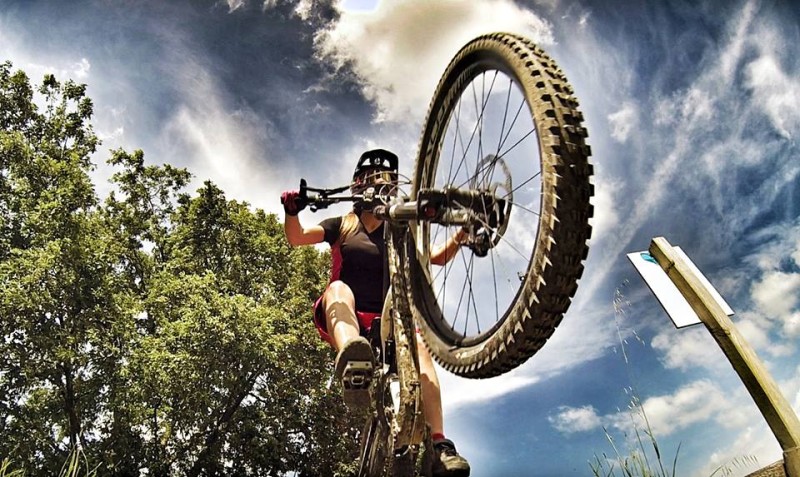 Racing in Brazil I was able to collect many titles and trophies, I was the first girl to win the Brazilian Downhill Classic Series, won São Paulo championships, was National vice champion of 4x, 4th place in Pan-American championships…

Last  year, 2015, I won the European Cup of the Maxiavalanche, won the Maxi at Vallnord and got a 3rd place at the UCI MTB Masters World Champs DOWNHILL.

But the most important race for me was my first race. It was a long time ago, in São Paulo and it was also my first victory. I was new to the sport, at that time I had no friends that were racing DH, no boyfriend racing DH, I put this idea on my mind, I was in love with DH and I did it. I had a very bad crash in the last obstacle of the track, I got up and ran the last 10 meters with my bike. I was bleeding, but the taste was so sweet… 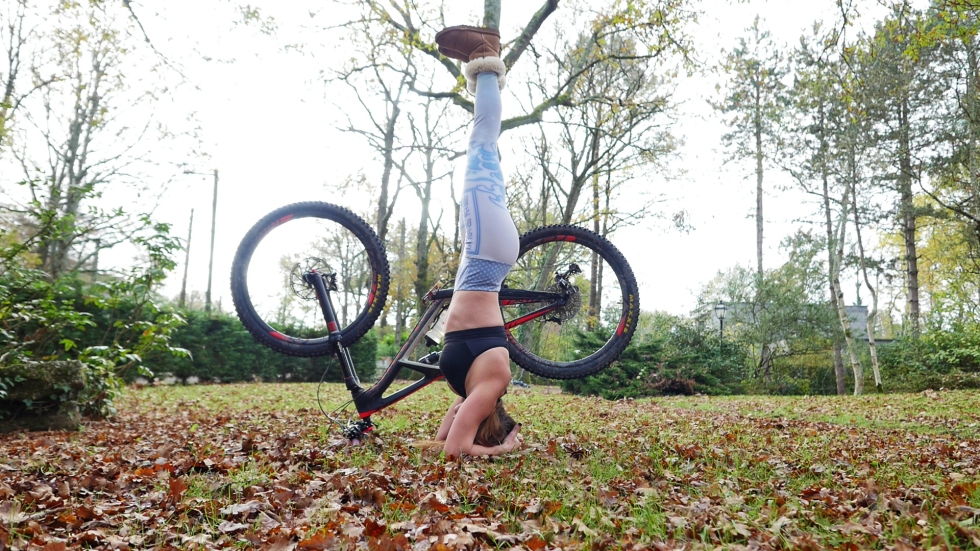 Yoga is a great part of my life as well. It gives me peace, mental and physical strength. It gives me awareness. I have been practising Ashtanga Yoga for more than 10 years now and I think it is extremely powerful, demanding and energetic.

For me, there is much more to yoga than bending, folding and twisting my body. Indeed yoga also stretches my mind by asking me to challenge my beliefs about myself, my body, my consciousness, my identity and my community.

I love rock climbing too, was part of the brazilian climbing team many years ago, was the first  girl featured in a climbing video in Brazil, the “Lobotomia” series.  I opened some climbing routes around São Paulo, and had the chance to climb around the US and Europe as well. 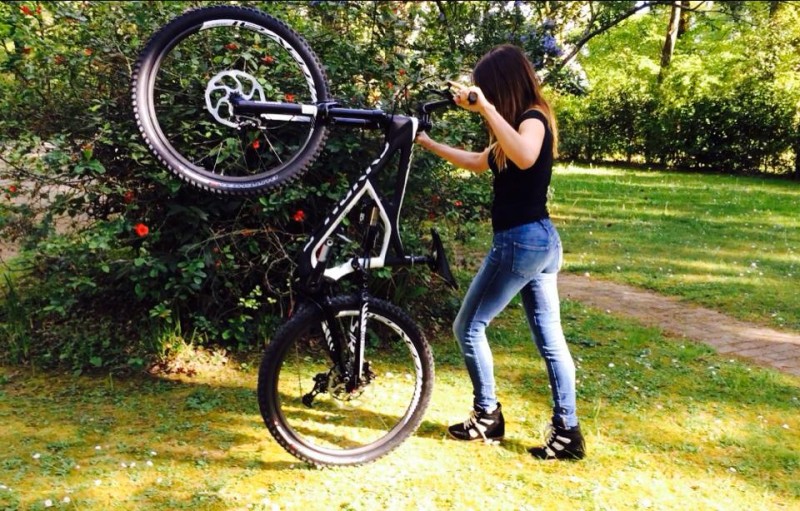 People will say you can’t.

You are too old,
Too fat,
Too something.

Don’t let your dream be just a “dream”.

Begin typing your search above and press return to search. Press Esc to cancel.